Made a backgammon board

So I've worked out the rough dimensions of the robots arms.  However I really needed a board to get the final sizes to work off.  Since I don't have  a board I really want to use I thought it best to just create a board myself.

From working on the Raspberry Pi radio, I have some pieces of MDF and veneer lying around.  So this Friday, I brought out the knifes, jigsaw and iron, and cut a playing piece based on the sizes of the playing counters I had. 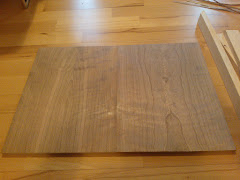 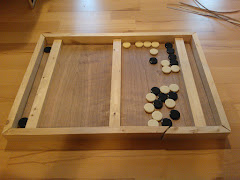 With some battons I made a edge and strips for the various areas of the board.  This now gives me the four boards, bar, the two areas to bare off in to.

I left cutting the spikes for the moment.  Since this the last of my veneer, and I did'nt want to make a mistake.

On saturday, I went out to find some material to make the spikes out of.  From a local craft shop I picked up some felt. 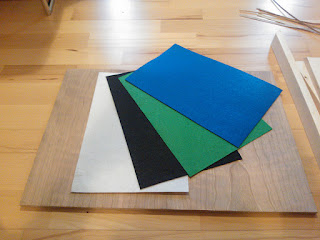 Since the sun was out, I went to the pub to do some thinking about the best way to cut the spikes.

Playing around with a bit of trigonometry and a few beers gave me a plan.   Knowing the rough sizes needed for spikes I went through a series of calculations.  From the bottom of the board, mark two lines 150mm and 35mm from the bottom edge.  These represented the lines where the tip of each spike would fall and a point on the long edge.

Along the line at 150mm, I marked the location of each tip.  This comes in from the left or right hand side at the following intervals. 72mm, 102mm, 132mm etc until it reaches the bar.

The 35mm line was calculates since each point was also a reasonably easy measurement.  The points are 62mm, 82mm, 92mm, 112mm etc.

From the three points describing each spike I cut out the triangles in turn.  Once each edge was cut, I used a chisel to lift of the veneer.  Despite having had a few beers, I was quite impressed with the results. 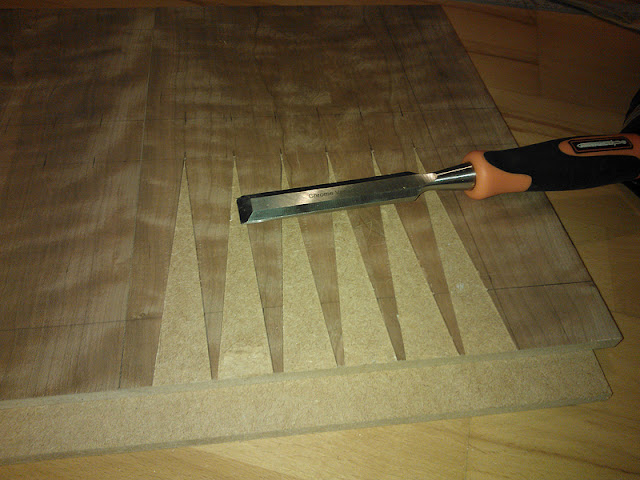 You can see the lines used for reference from the above image. 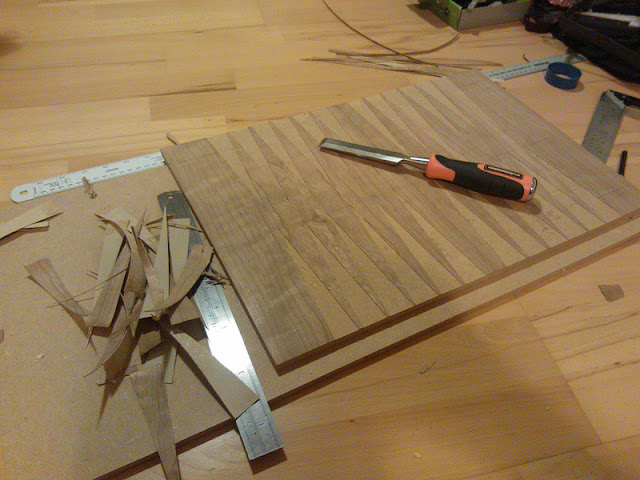 Final view of the board